Succeed[s]… and breathes new life into [our ANZAC Day commemorations] 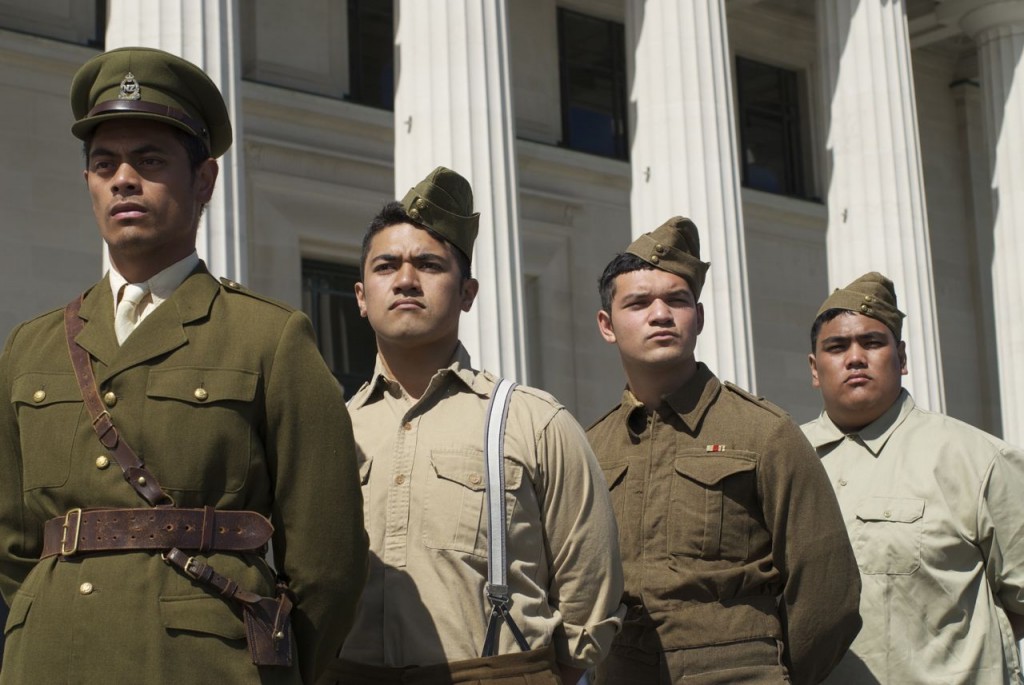 When you’re in the army of a country that’s not your own,
about to fight a war half a world away,
who do you fight for?
God, king and country?
Or your brothers in arms?

1942, Papakura Military Camp. Three enthusiastic Pasifika soldiers are only days away from joining the 28th (Maori) Battalion in Africa. Their youthful exuberance and naive thirst for battle is threatened by the arrival of a battle-hardened Pasifika officer whose experience and scars are a world away from their imagination.

Join the third echelon reinforcements for D “Ngati Walkabout” Company, 28th (Maori) Battalion, for an evening of song and laughter, boisterousness and camaraderie in the premiere season of GOODBYE MY FELENI, winner of the 2013 Adam Award for Best Play by a Pasifika Playwright.

Tickets on sale here and at the box office.