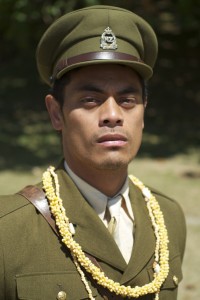 Taofia Pelesasa – Lt Eteli Masani
Taofia (Fatausi and Vailoa, Samoa / Nukunonu, Tokelau) is a Rotorua native who found his way to the stage via law school and then UNITEC Drama School. He is currently studying a Graduate Diploma in Writing for Screen. He feels blessed to have worked with the likes of Auckland Theatre Company (ATC) and Kila Kokonut Krew (KKK) but his proudest moment since graduating from drama school in 2011 is co-founding Whenua Tapu Creative Limited as a vehicle to share the rich small-town Polynesian experience of which he is a product. 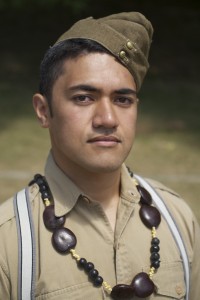 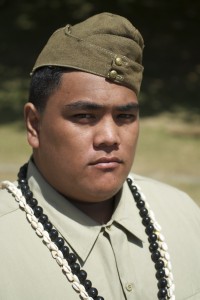 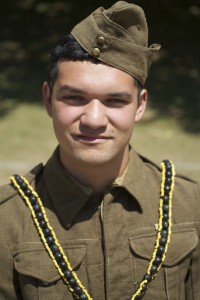